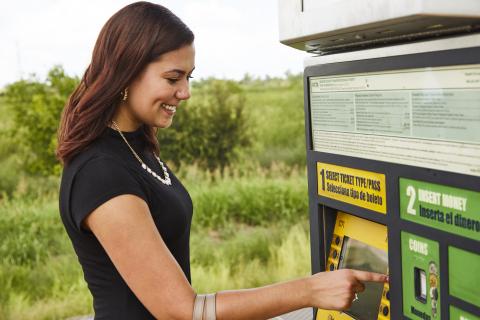 On Monday, August 28, the Denton County Transportation Authority (DCTA) will launch new “free fare” zones along the A-train commuter rail line. The rail line between the Downtown Denton Transit Center and the MedPark Station, as well as between the Hebron Station and the Trinity Mills Station, will no longer require a paid fare. The area between the MedPark Station and the Hebron Station will be the new DCTA fare enforcement zone where passengers will need to have a local or regional pass to ride.

DCTA fare prices will remain the same where the appropriate fare media is required. The new promotion is a part of DCTA’s ongoing strategic efforts to provide passengers with both local and regional mobility solutions.

“Our goal for the new A-train free fare zone promotion is to encourage people to incorporate the A-train into their everyday commute,” said Jim Cline, DCTA President. “We want to get people where they need to go and recognize that providing more affordable options is a great incentive for residents of the many communities we serve to ride the A-train.”

Listed below are specific rider benefits for the new A-train free fare zones: