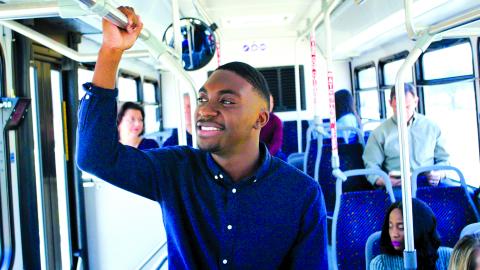 Regional fare across North Texas is increasing by 20 percent in August 2018 that will affect regional pass tickets sold by DART, DCTA and Trinity Metro. DCTA will charge the same regional price to remain in partnership with DART and Trinity Metro which will allow DCTA to continue to provide riders with the option to purchase a single regional ticket for seamless transit connections throughout North Texas.

DCTA recognizes the potential negative impact the regional fare increase could have on passengers and will launch its local fare promotion to help mitigate concerns and keep fares affordable for its ridership base. The local fare promotion will offer riders who travel regionally the option of purchasing two local passes for less than the current cost of a regional pass vs one regional pass at the increased amount.

“It’s imperative for us to remove any potential barriers for passengers to ride our system. Reducing our local fare at a time when regional fares are increasing aligns with our strategic plan,” said Jim Cline, DCTA President.

All DCTA local fares will be discounted which will provide riders with best methods for saving on their overall travel cost. Listed below are some of DCTA’s most common fare types and how riders can save money with the agency’s new local fare promotion:

For riders to best utilize DCTA’s new local fare promotion, the agency has developed a cheat sheet guide for the most commonly used and purchased fare which can be downloaded here.