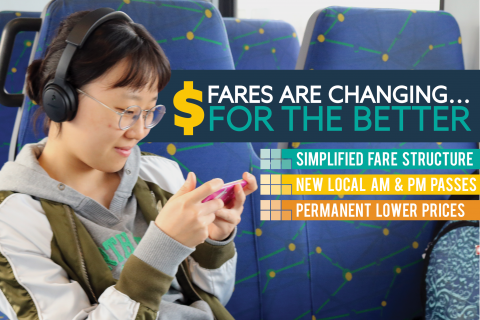 Fare changes are coming soon for DCTA riders. On Monday, January 14, 2019, and DCTA will launch a new, easier local fare structure for a seamless integration within the regional fare system. In addition, DCTA’s current fare prices featured in its Local Fare Promotion will become permanent to continue to offset the recent increase in regional fares and encourage ridership.

DCTA held a series of public meetings in September and November 2018 to garner feedback from the community regarding the recommended fare structure modifications, and agency staff conducted strategic passenger outreach in November to inform riders of the new local fare structure proposal. The results from these public meetings and rider outreach were presented and approved by DCTA’s Board of Directors in December 2018.

“The primary goals of our fare changes are to streamline DCTA’s fare structure for easier understandability, provide regional fare consistency with DART and Trinity Metro by aligning DCTA with its regional transit partners and offer lower local fare options to encourage ridership on our system,” said Raymond Suarez, DCTA CEO.

Simplified Local Fare Structure to Make It Easier for Riders

To simplify DCTA’s fare structure, Connect fares will be removed, and passengers can purchase a Local AM and PM fare for a similar price with the added benefit of access to the A-train as well as Connect. This will reduce the need for transfers and allow riders to have access to more DCTA services at a cheaper price. Below is an overview of key elements of DCTA’s new fare structure: 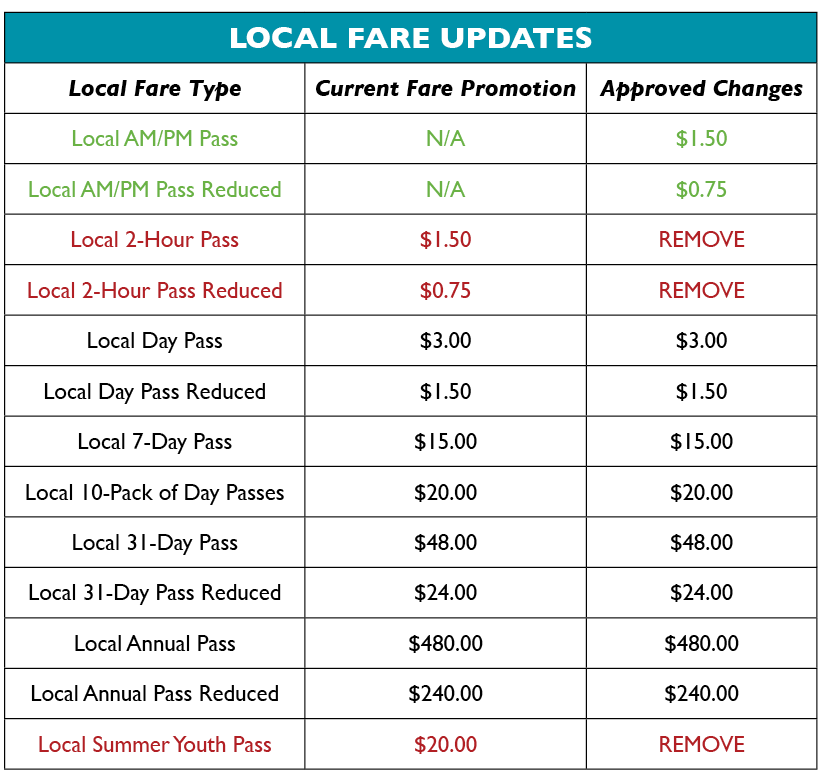 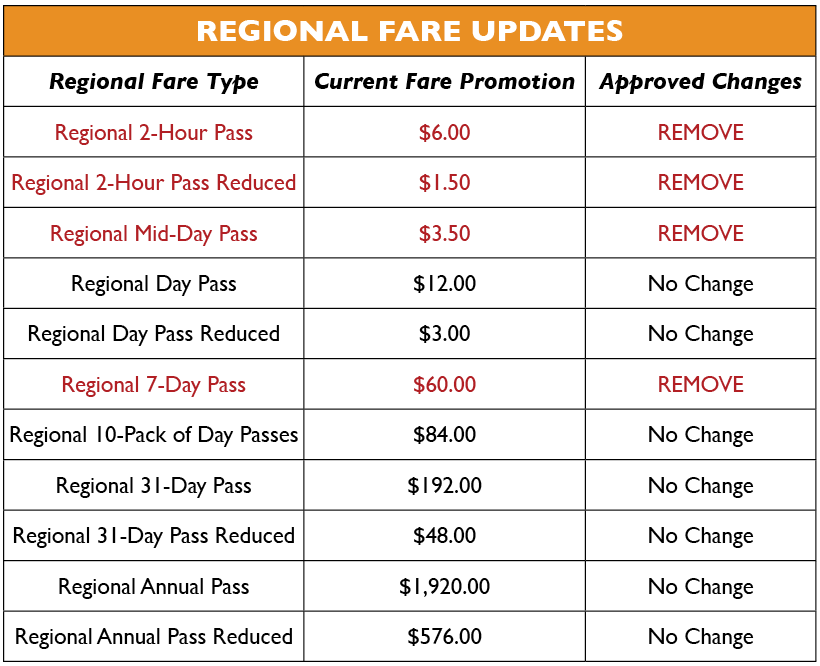